Women In International Security (WIIS) & The Embassy of Liechtenstein, Washington

Women and gender champions are facing unprecedented levels of violence and repression. Wars and authoritarian regimes are threatening Women, Peace and Security activists and survivors. In Afghanistan, the Taliban are threatening the human rights of women and children, while other authoritarian regimes are restricting civil spaces and social cohesion. Some governments have also used COVID-19 to restrict civil space and engage in increased levels of repression against civilian populations. Gender-based violence is rising alongside the highest increase in early/forced child marriage and child trafficking documented in over 25 years. Meanwhile, social safeguards to protect women and children from violence have weakened, including limiting access to social safe haven spaces. Now, more than ever, it is vital to examine these current, intersecting challenges.

Join WIIS and the Embassy of Liechtenstein, Washington DC on Wednesday September 22, 2021 at 12 pm EDT for a virtual policy roundtable discussion where expert panelists will examine these issues and make recommendations for moving forward. H.E. Dominique Hasler, Minister for Foreign Affairs, Education and Sport of the Principality of Liechtenstein

Following the 2017 general election in Liechtenstein, Gantenbein was named as the Minister of Home Affairs, Education and Environment in the new parliament on 30 March. She was one of two members of the Patriotic Union named as Ministers in the coalition Government. She has since met with her education counterpart in the Government of Austria, Sonja Hammerschmid, regarding ongoing cooperation in work with school leavers. Gantenbein has also taken up her seat at the European Union Home Affairs Council as part of her work as Interior Minister.

Zuhra Bahman has worked in the peacebuilding and human rights field for twenty years. She has been actively involved in the peace process in Afghanistan and was a youth delegate in the first Bonn Conference in 2001. Zuhra previously served as the Senior Advisor to the Ministry of Foreign Affairs on Women, Peace and Security and prior to that worked with the UN Women Afghanistan office.

Dr. Taylor works on the Inclusive Peace women, peace and security portfolio, on the organisation’s work in Latin America, and on international policy strategy, in particular at the UN in New York.

She is an internationally recognised expert and policy advisor on women, peace, and security, providing strategic advice on international accountability frameworks on women’s rights in conflict, and expert guidance for the global community on women, peace and security considerations in specific conflict situations. Sarah has authored numerous articles and chapters, including publications on women, peace and security in the UN Security Council, on the linkages between women’s rights and peace, and on gender and UN peacekeeping operations. Her research specifically on women negotiators has focused on Mexico, Guatemala, El Salvador, and Myanmar.

Dr. Taylor holds an MA from the University of Canterbury in New Zealand, and an MPhil and a PhD from the New School for Social Research in New York, all in Political Science.

Dr Taylor is on leave from Inclusive Peace for a temporary appointment with UN Women until the end of November 2021. 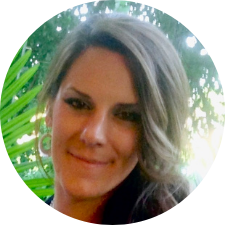 Megan Corrado, Director for Policy and Advocacy, Alliance for Peacebuilding

Before joining the Alliance for Peacebuilding, Megan served as the Director of Advocacy with Women for Afghan Women, as well as an attorney with Cohen, Milstein, Sellers, and Toll and Counsel and Program Director with the Public International Law and Policy Group. In addition, Megan worked in the Office of the Secretary of Defense, Office of the General Counsel, United States (US) Department of Defense; the US House of Representatives; and the British House of Commons.

She currently serves as Co-Chair of the US Civil Society Working Group on Women, Peace, and Security, as well as Vice President for Global Affairs with the Clearinghouse on Women’s Issues and a member of the Global Gender Coalitions’ Co-Chairs Working Group. Prior to joining USAID, Ms. Bigio served as a senior fellow on Women and Foreign Policy at the Council on Foreign Relations, where she researched, lectured, and published widely on the relationship between gender equality, national security, and global prosperity.

She previously served as the director for human rights and gender on the White House National Security Council (NSC) staff and as the NSC representative on the White House Council on Women and Girls. At the State Department, Ms. Bigio served as senior advisor on national security and on sub-Saharan Africa to the U.S. Ambassador-at-Large for Global Women’s Issues and was detailed to the Office of the Undersecretary of Defense for Policy and to the U.S. Mission to the African Union. Ms. Bigio led the interagency launch of the U.S. government’s first National Action Plan on Women, Peace, and Security, an effort for which she was recognized with the U.S. Department of State Superior Honor Award and the U.S. Department of Defense Secretary of Defense Honor Award. She also worked at the United Nations Office for the Coordination of Humanitarian Affairs in New York, Ethiopia, and Iraq (based in Jordan), and at the grassroots level for public health nongovernmental organizations.

Ms. Bigio is a graduate of the Harvard Kennedy School and the University of Maryland. Ariela Blätter has more than 20 years of experience in the peace and security field as an international lawyer, grantmaker, social entrepreneur and nonprofit leader.

Most recently, Ariela served as a senior grantmaker on mass atrocity prevention and response for the Wellspring Philanthropic Fund. Here, she spearheaded new philanthropic investments in civilian protection, women peace & security, and launched a local action fund with conflict-affected community partners in Nigeria, Democratic Republic of Congo, and Myanmar.

Ariela has held senior management roles at Amnesty International USA, Citizens for Global Solutions and Refugees International. She has twice served as an NGO Permanent Representative to the United Nations, working on the negotiations on the Arms Trade Treaty and the International Criminal Court’s Rome Treaty.

While at Amnesty, Ariela founded its award-winning global center for preventing and responding to human rights violations in armed conflict. Brokering a groundbreaking public-private partnership, she secured Amnesty’s place as the first human rights organization to use commercial satellite technologies for preventative conflict and displacement monitoring. In recognition of this work, she was appointed by former Secretaries Madeleine Albright and William S. Cohen to serve on the U.S. Genocide Prevention Task Force, resulting in the establishment of the U.S. Government’s Atrocities Prevention Board.

Ariela has served as adjunct faculty at the School of International Service at American University in Washington DC and has published peer-reviewed scholarly articles.

She holds a law degree from Trinity College (Dublin) and a Master of Laws from the London School of Economics and Political Science.